Scientists must ensure that the ambitious plan of Turkey’s president does not move forward without a thorough impact assessment, says Derin Orhon.

For centuries, Turkish rulers in Istanbul have realized the strategic importance of the narrow Bosporus strait, which famously divides east and west, and have pledged to build a waterway that bypasses the channel to more efficiently connect north and south. The latest proposed version of this crazy scheme is called the Kanal Istanbul, and is the brainchild of Turkey’s new president (and former prime minister) Recep Tayyip Erdoğan.

Erdoğan wants to dig an equivalent of the Suez Canal in western Istanbul. Some 400 metres wide and 25 metres deep, the artificial waterway would stretch nearly 50 kilometres to connect the Sea of Marmara with the Black Sea.

He would like to see the canal open for the 2023 centenary of the Turkish republic. Erdoğan’s election last month, and his stated intention to bolster the power of the previously mostly ceremonial presidential role, will inevitably give the canal idea a political boost.

But details of the project are murky. It certainly has no legal basis, mainly because a metropolitan plan laid out for Istanbul in 2006 (and amended slightly in 2009) has no provision for it. It might be no coincidence that Erdoğan’s government modified planning-related regulations in 2013 to exempt selected large projects from legally required environmental-impact assessments.

Scientists worldwide should put pressure on Turkey and Erdoğan to carry out such an assessment of the proposed Istanbul canal, and to make the results public. The project must prove itself to be environmentally sustainable before it proceeds.

The surrounding marine environment is already under severe threat of pollution. Not long ago, the shores of the Sea of Marmara were lined with quiet coves, beaches, small fishing villages and clusters of summer homes. I consider myself lucky to have spent my entire youth, in the 1950s and 1960s, in the glorious natural surroundings of Istanbul; I still enjoy remembering the magnificent beaches that extended along the coastline.

This is now nothing but history. In the past few decades, the rapid population growth and urban expansion of Istanbul has extended to the entire shoreline — as residential areas, industrial zones, energy plants and shipyards. The water body is now dangerously polluted owing to several wastewater discharges from Istanbul and other sources along the coastline.

“ Istanbul still discharges much of its sewage untreated directly into the environment. ”

And an unusual physical feature of the Marmara could be its downfall. It is permanently and strongly stratified into two separate layers. So, too, is the Bosporus, which flows in two directions at once. The lower layer carries water north, from the Marmara to the Black Sea; the upper layer brings less dense water back the other way.

Istanbul is unusual among major cities in that it still discharges much of its sewage and wastewater untreated directly into the environment.In the early 1970s, on the basis of the limited scientific data available at the time, a series of master-plan studiesconcluded that all discharges made to the lower layer of the Bosporus and the Marmara would be transported to the Black Sea, without significant mixing or inter­ference with the upper layer, and consequently with no detrimental effect on the water quality of the Marmara.

Every day, more than two-thirds of the Istanbul’s raw effluent is poured into the Marmara and the Bosporus — some 1,100 tonnes of organic matter, 130 tonnes of nitrogen and 20 tonnes of phosphorus, as well as a wide spectrum of other chemicals and hazardous materials.

Contrary to the 1970s findings, much of this pollution does not get carried away to the Black Sea. Significant mixing between the two layers of the Bosporus does occur, particularly where it meets the Marmara. From a scientific perspective, the most unsuitable location for wastewater disposal would undoubtedly be the mixing zone between the Bosporus and the Marmara. However, two major untreated discharges, from the districts of Kadiköy and Yenikapı, and which account for around 40% of the total wastewater load in Istanbul, are directly located in this mixing zone.

In total, about 40% of Istanbul’s waste does a U-turn and is dumped into the once-picturesque sea on its doorstep. Erdoğan’s canal could worsen the situation. First, in opening a channel for the waters of the Black Sea to mix with the Marmara, it offers a new route for polluted water to head south. The Black Sea is already a substantial polluter of the Marmara. Monitoring studies indicate more than 30 tonnes of nitrogen and 9 tonnes of phosphorus are carried south each day in the upper current of Bosporus.

Second, there will be an indirect increase in the amount of waste­water generated in and around Istanbul, because work on a new canal will probably catalyse further development. At present, much of this extra waste will finish in the Marmara.

Erdoğan himself has called the idea of the canal “crazy and magnificent”. He talks of diverting all tanker traffic through it, and the Bosporus being restored to a river that the city can be proud of, complete with water sports. 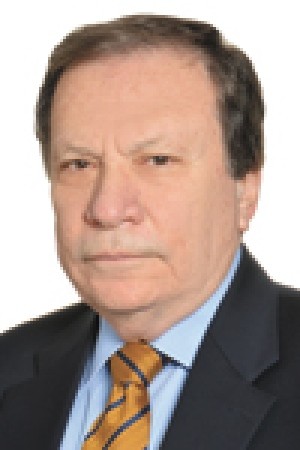 Magnificent? We certainly cannot afford to just wait and see. Crazy? Rigorous science would not allow a proposed plan such as this to remain so.